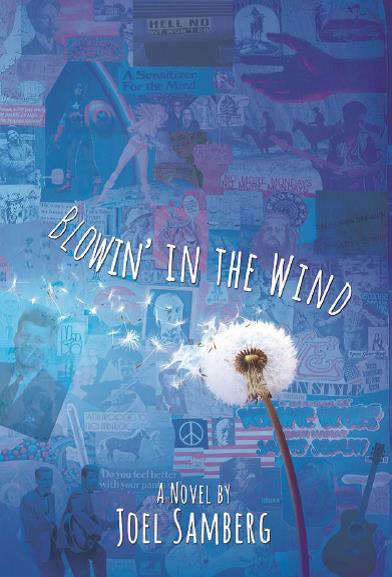 Nine-year-old Daniel Hillman is a musical prodigy on Long Island. (Just don’t ever let his mother hear you call him a prodigy!) Daniel knows that he’ll be the first preteen in history to write, arrange and perform his own hit album, even though there are plenty of other things he’d like to do with his life. He knows that his older brother Steven will become the first teenager to circumnavigate the globe, even though Steven never has very good grades on his report card. And he knows that his sister Lori will make history one day, even though she cries every day in school and is an emotional wreck. He just knows.

But what Daniel does not know is that life can get in the way. Parents. Fallen heroes. Broken dreams. Vietnam. Jealousy. Anger. Desire. Fate.

“Blowin' in the Wind,” narrated by his sister Lori (who has a fascinating journey of her own), follows Daniel and his family through the remarkable 1960s, from the assassination of President Kennedy, to the Vietnam War, to the moon landing and beyond. From the opening scene, when Daniel is asked to perform at his brother’s bar mitzvah (a request he believes is preordained), to one of the last scenes, as he scours Greenwich Village looking for drugs to give to Bob Dylan (in a desperate last attempt to make sense of old expectations), Daniel’s journey is filled with the kind of mysterious chapters for which the decade was known.

As time moves on, the Hillman family moves on, too, some to a place from which they can never return, others to new realizations about who they are and what they’re supposed to do. If Daniel’s journey proves anything at all, it’s that life can be as hard as having your insides kicked out by circumstances beyond your control, or as easy as making a wish on a cluster of dandelion seeds that floats by on a breeze.

Some Images from the Story... 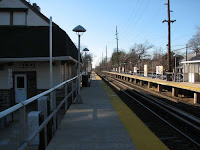 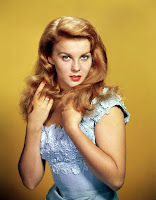 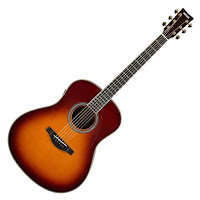 “A trip and a half, with shades of Proust and Joyce. A story of chance, luck and coincidence, and the ever-hovering role they play in creating who we are.”
—Dr. Gibbs Williams, PhD., author of “Demystifying Meaningful Coincidences,” “Attitude Shifting” and “Smack in the Middle: My Turbulent Times at Odyssey House


BIO
Joel began writing professionally as a stringer for his hometown newspaper, the Westbury Times, and continued on-the-job training as a student journalist at Hofstra University.

His first position after college was as an assistant editor on a video trade magazine. He then moved into marketing communications for several firms as an account executive, public relations manager and employee communications writer. As a journalist his work has appeared in Connecticut Magazine, Pittsburgh Magazine, New Jersey Monthly, Hartford Magazine, Dramatics Magazine and many others.

Joel is the author of four nonfiction books, the latest of which is “Some Kind of Lonely Clown: The Music, Memory & Melancholy Lives of Karen Carpenter.” [Scroll down for the section on "My Other Books."] This followed a report about the singer that he wrote and narrated for NPR’s “All Things Considered.” He has also produced CDs of the work of his late grand-father, Benny Bell, a comedy singer and song-writer about whom he wrote a book in 2008.

His literary blog, “Hey, You Never Know,” includes such articles as “It Was the Most Famous Musical in the World, Though You Probably Never Heard Of It,” “Pointing & Shooting in George Plimpton’s Apartment” and “What If Someone Really Invented a Dream Machine?”

Two of Joel’s short plays have been brought to life on stage, including “Six Tens from a Fifty” in New York  City and “The Bittersweet Ballad of Bobby Blu” in Connecticut.

Joel appeared as an on-camera commentator in a Karen Carpenter episode of the anthology series, “Too Young to Die,” and performed dual roles in an unsold reality show pilot for the Bravo network called “Zinging Telegrams.”

“Ever since I was six years old, nearly everything I saw, overheard, learned in school or simply wondered about I turned—in my head at first—into books and plays and movies,” Joel says, addressing his motivation to devote his career to writing. “I don’t know why. That’s just the way it was. Whether or not I’m good at it may be somewhat subjective, but that I want to do it and work hard at it is indisputable. I wrote a screenplay when I was 12 and sent it to MGM. They turned it down, but in their note back to me made me feel as if I had skill and should never give up. Then my ninth grade English teacher accused me of plagiarizing a book report because she said it was too well-written for a 14-year-old. She sent a note home to my parents. I didn’t plagiarize that report. That settled it! From that point on, I’ve never given up.”

Joel and his wife Bonnie have three grown children and five grandchildren.

The back cover of "Blowin' in the Wind" 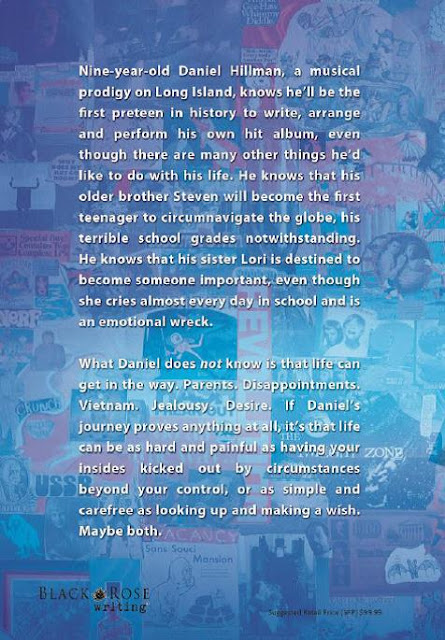 To request an interview with the author, please contact Joel Samberg at 973-214-6716 or through email at Joel@JoeltheWriter.com.

Some More Images from the Story... 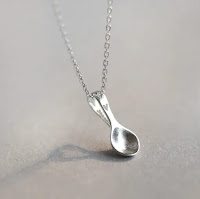 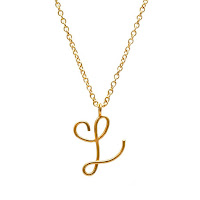 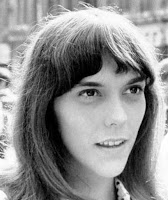 "Blowin’ in the Wind" Tackles the Age-Old Question:
What Should I Be When I Grow Up?

New novel by Connecticut author is a suburban saga that takes us through the
turbulent 1960s—with comedy, drama, and music

October 10, 2019, Castroville, TX—Black Rose Writing has published a new novel by journalist, author and communications specialist Joel Samberg called “Blowin’ in the Wind.” The story is about a musical prodigy named Daniel Hillman and his family as they navigate the baffling decade of the Nineteen Sixties, beginning with President Kennedy’s assassination. Daniel struggles with what many in his orbit consider his preordained destiny as a professional musician, while his shy sister Lori—the story’s narrator—discovers a surprising path to her own self-fulfillment.


With several incidents mirroring the author's own childhood on Long Island, and a number of cameos that include Hillary Rodham, Don Rickles, Karen Carpenter and, in the book's most dramatic episode, Bob Dylan, the new novel is expected to attract a wide readership of Baby Boomers who enjoy a sweeping suburban saga.

”In a way,” states the author, “this book has been in the making for more than 50 years—since I was Daniel's age when the story begins. That’s when a classmate insulted me at a school talent contest, an event not unlike the emotional one Daniel experiences in the novel. Then the popular rabbi at my temple was fired for infidelity, as is Daniel’s beloved rabbi in the story. Following that, I received a rejection letter from MGM about a screenplay I wrote when I was 12, not dissimilar to the note that Daniel gets from MGM about his own screenplay—although he doesn’t take the disappointment nearly as well as I did.”

Copies of Blowin’ in the Wind are available at all major booksellers, including Amazon and Barnes & Noble.

Some More Images from the Story... 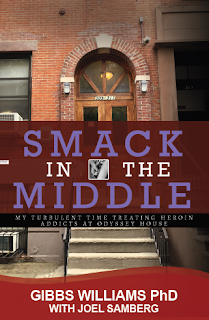 A compelling narrative of Dr. Williams’ professional baptism by fire at Odyssey House. The first book to tackle the early history and the social-psychological dynamics of a therapeutic community that was at the leading edge of heroin addiction treatment while at the same time at the verge of mutiny and collapse under the weight of despotic leadership.

Now available on Amazon, Barnes & Noble, and all other online booksellers.

Some Kind of Lonely Clown:
The Music, Memory & Melancholy Lives of Karen Carpenter

Karen Carpenter’s popularity never really waned. She’s almost as popular today as she was during her recording heyday. But not everyone knows that behind the velvety voice was a love-starved romantic, conflicted sister, obedient daughter, unpredictable jester, wannabe mother and emotional wreck. This book is an exploration of Karen’s issues, mystique, and timelessness. 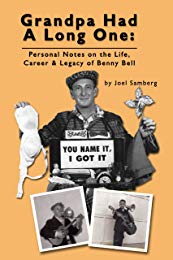 Grandpa Had a Long One:
Personal Notes on the Life, Career & Legacy of Benny Bell

Benny Bell—of “Shaving Cream” fame—was one of the funniest, quirkiest and hardest working entertainers ever to come out of the vaudeville and Borscht Belt eras. Although far from a superstar, and never anywhere near rich, Bell is revealed in the book to have had quite a notable career and a life that was immensely rich in humor, drama, music, and unceasing optimism. 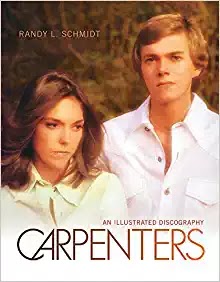 I was privileged to be part of a team of journalists, authors, musicians and entertainment figures assembled by Randy Schmidt to provide a series of in-depth, insightful and opinionated conversations on every Carpenters record ever released. Randy’s book is beautifully presented with more than 200 images, many of which have never before been seen.